What a beautiful excursion I took yesterday with my father! This is the way it came about.

Day before yesterday, at dinner, as my father was reading the newspaper, he suddenly uttered an exclamation of astonishment. Then he said:--

"And I thought him dead twenty years ago! Do you know that my old first elementary teacher, Vincenzo Crosetti, is eighty-four years old? I see here that the minister has conferred on him the medal of merit for sixty years of teaching. Six-ty ye-ars, you understand! And it is only two years since he stopped teaching school. Poor Crosetti! He lives an hour's journey from here by rail, at Condove, in the country of our old gardener's wife, of the town of Chieri." And he added, "Enrico, we will go and see him." 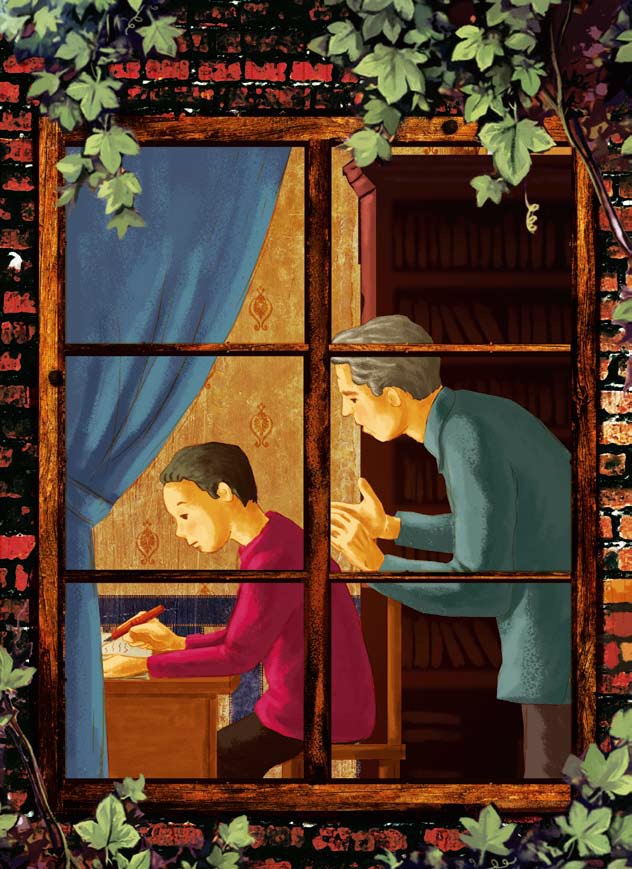 And the whole evening he talked of nothing but him. The name of his primary teacher recalled to his mind a thousand things which had happened when he was a boy, his early companions, his dead mother. "Crosetti!" he exclaimed. "He was forty when I was with him. I seem to see him now. He was a small man, somewhat bent even then, with bright eyes, and always cleanly shaved. Severe, but in a good way; for he loved us like a father, and forgave us more than one offence. He had risen from the condition of a peasant by dint of study and privations. He was a fine man. My mother was attached to him, and my father treated him like a friend. How comes it that he has gone to end his days at Condove, near Turin? He certainly will not recognize me. Never mind; I shall recognize him. Forty-four years have elapsed,--forty-four years, Enrico! and we will go to see him to-morrow."

And yesterday morning, at nine o'clock, we were at the Susa railway station. I should have liked to have Garrone come too; but he could not, because his mother is ill.