Twitter user @cmliwagdixon wrote: "The hypersexualization of Asian women plays a HUGE part in the violence we face. I've been cornered on the street as men say 'me love you long time.' I've been offered money for a 'happy ending massage.' I've been hit on because I'm Asian and told it's a 'compliment.'"

The viral post has received over 234,000 likes since it was first shared Wednesday.

"Asian women are so often seen and treated as objects, as trophies and this very real problem is often seen as a punchline i.e. jokes about mail order brides, the portrayal of Asian women in Hollywood. And Asian women are murdered because of it," @cmliwagdixon wrote in a subsequent post, which received over 26,000 likes since it was shared.

Catherine Ceniza Choy, a professor of ethnic studies at the University of California, Berkeley, believes regarding the latest incidents as unrelated to racism is akin to denying the harassment and violence Asian women have faced in the U.S. for over 100 years. 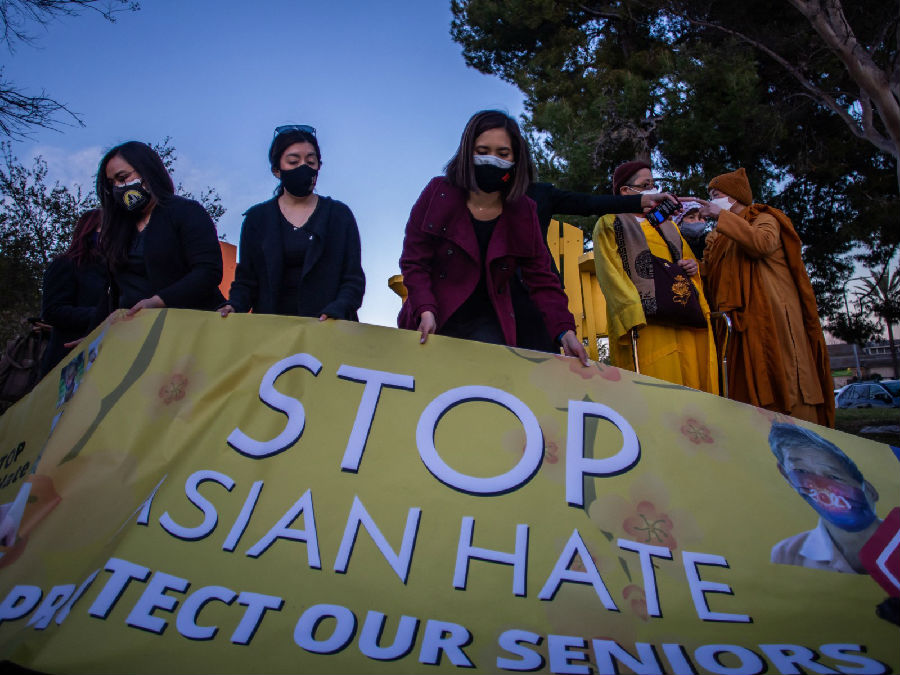 "Saying that this violence is not racially motivated is part of a related history of the denial of racism in the Asian American experience," Choy told NBC News.

The investigation of the massage parlor shootings continues. "With information coming out piecemeal, I think the varying Asian American groups are interpreting differently the still fragmented data coming in from law enforcement during the early part of this investigation," CKA's Kim told Newsweek.

Such crimes were reported to have increased by nearly 150 percent in 2020, compared with the previous year, according to the Center for the Study of Hate and Extremism at California State University.

A day before the shootings in Georgia, Michelle Au, the state's first East Asian state senator, had issued a warning about racism against Asian Americans on the state Senate floor.

"Recognize that we need help, we need protection and we need people in power to stand up for us against hate," she said.